You are here: Home1 / News2 / Retreading3 / We want to continue growing – Harvey Brodsky remains committed to... 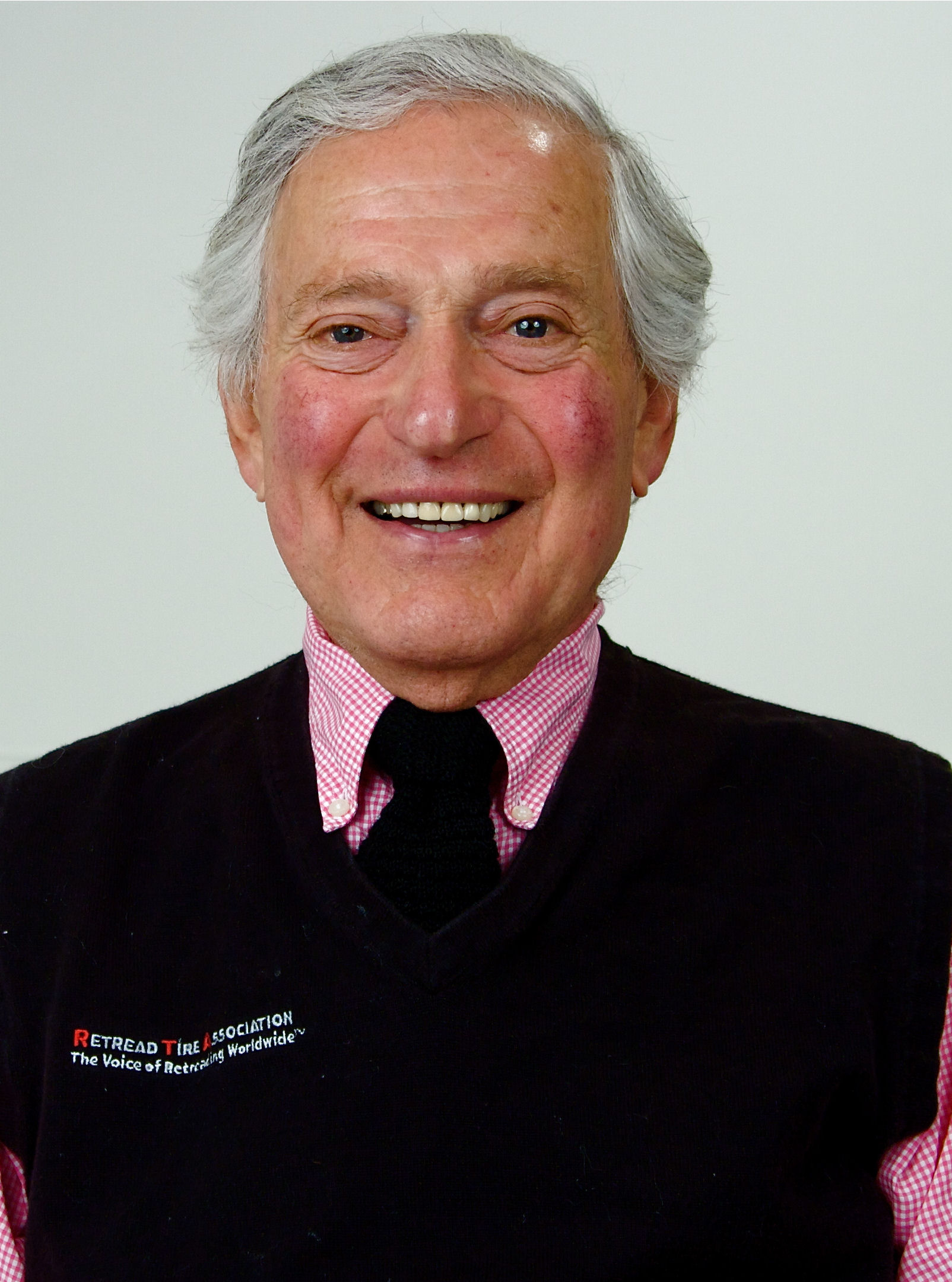 For three decades, Harvey Brodsky was first employed by and later managing director of the Tire Retread & Repair Information Bureau – until the day that he wasn’t. In 5 October 2010, one month shy of Brodsky’s 30th anniversary with TRIB, he received a phone call from the bureau’s president and members of the board informing him that his services were no longer required, effective immediately. Many in this situation would be tempted to call it quits, however Brodsky showed that a dedicated retreading advocate doesn’t stay down for long. Almost three years after TRIB and its former managing director parted ways, Tyres & Accessories speaks with Harvey Brodsky about the success of his new retreading organisation, the Retread Tire Association.

“I was in a state of shock,” recalls Brodsky about the unexpected call from Mike Berra Jr (TRIB president at the time) and two TRIB board members. “I love the industry and at that moment wondered if it was the end of my involvement, but I soon realised otherwise. I was scheduled to travel to Italy the following day and speak at the Italian Tyre Retreaders Association general assembly on behalf of TRIB, and when I contacted the AIRP’s Stefano Carloni and told him I’d been fired, he said ‘we still want you to come here’. Shortly afterwards, I started receiving phone calls from people within the industry. ‘We’re shocked’, they said. ‘We’ll support you’.”

The decision to start afresh with a new retreading association was effectively made by its foundation members. Brodsky shares that his future was still undecided when he received a phone call from Bob Hendry, vice-president of sales and marketing at Ohio-based tyre repair materials company 31 Inc. Hendry said to him he needed to start a new retreading association. “Right now,” Hendry told Brodsky. “I’ll give you my credit card details.” Five minutes later, the still unnamed association received another call, and a second member signed up. “Now we have over 300 members in at least 36 countries,” shares Brodsky, who is managing director of what became known as the Retread Tire Association. “Our growth has been spectacular. When we reached 200 I was shocked, but my wife told me that RTA membership would quickly grow to 300 – she was right.” Italian retreading equipment manufacturer Salvadori Srl became the 300th member earlier this year.

Harvey Brodsky describes his role with the RTA as a seven day a week job and says he can rely on help from excellent staff in the association’s Pacific Grove, California office. He believes his proactive approach has helped the Retread Tire Association develop into a successful organisation within a short space of time, despite the continued presence of its much longer established counterpart. “I have a double focus as RTA managing director,” Brodsky elaborates. “I aim to serve our members so that they get more than their money’s worth from the association, and I help them to get business. Every day, I call at least three members a day and ask ‘what can I do for you?’ One large manufacturer member recently commented to me that receiving such a call is a rarity these days. Members also know they can call me 24/7.”

One invaluable service the RTA offers its members is its casings and supplier memos. “We are the world’s largest clearing house for casing memos and export clearing memos,” the managing director shares. “Our memo service is extremely effective and our largest member retention feature. I attribute a lot of our success to these memos. Casings are our industry’s raw material, and most of the time shortages of particular sizes exist. Our memo service is important to members as one call or e-mail saves them a day on the phone chasing up supplies of a particular casing size. And our supplier memos make ‘marriages’ between buyers and sellers and enable the purchase of someone else’s unused equipment for a good price.”

These memos are only available to RTA members, however the association also regularly e-mails retreading-related information to everyone on its large mailing list. It is the only retreading association to maintain this level of contact with members and other interested parties; Brodsky commented to T&A that he has no problem with TRIB, but he is frequently asked if the ‘other association’ still exists. He shares a recent example: “A retreader in Kentucky, a TRIB member, phoned me to ask about exporting. I gave him the information he needed but also commented that he’s not an RTA member. He replied that he didn’t call the other association as he never hears from them.”

While it is quite easy to see the benefits gained through casing and other memos, other RTA services cannot be directly measured in monetary terms but nevertheless reinforce the retreading message amongst their target audience. The radio programmes Brodsky contributes to fall into this category. “I am a regular on two shows broadcast on truckers’ satellite radio stations,” he explains. “Each segment runs for 15 to 20 minutes and are broadcast over a six week period. I get lots of calls from truckers, and we send them out material from our members.” Brodsky admits he has a soft spot for the trucking industry and his radio segments cover topics of interest to truckers, even if they are not directly related to retreading. He shares that a recent popular topic area was the benefits of driving with a pet in the cab; close to 70 per cent of owner/operator truck drivers have an animal in their truck, a practice the US trucking industry recognises as one that diffuses driver aggression and increases safety through the need to make regular stops. “Truckers could relate to this and I received positive feedback. There will also be a truckers’ pet segment on our new website. We do this to keep truckers happy about the retreading industry.” Harvey Brodsky has been a fixture on truckers’ radio for almost ten years now and he says three quarters of the calls he receives are not about retreads. “Truckers mostly call about problems they’re having with new tyres. I try to help them as far as possible and if need be refer them onto new tyre manufacturers who can further help.”

Next to zero problems

The subject of problems related to retreads and new tyres prompts Brodsky to share an interesting statistic. He states that a top quality retreader will have a lower adjustment rate than a new tyre manufacturer. “About a year ago I visited a large-scale retreading factory run by one of our members, a Michelin Authorized Retreader. The plant is 100,000 square feet and retreads 500 tyres a day, seven days a week. A non-industry guest with us said ‘I bet your adjustment rate is less than the new tyre industry’s one per cent.’ The plant manager replied ‘you’re right, it’s under 0.5 per cent.’ The reason why retreaders can have such low adjustments is that when a brand new tier one tyre is first produced, you don’t know if it can hold air. By the time the first life is over and it is ready for retreading, you know this. When such a tyre is retreaded by a top quality retreader, you’ll have next to zero problems.”

Although awareness about retreads has improved, some old myths – such as ‘highway alligators’ attached to retreaded tyres – linger on, and the Retread Tire Association is committed to setting the record straight. “Our policy is that whenever we hear any negative press, we defend retreads immediately. A lack of education about retreads is behind the negative press they sometimes get. To help educate people in the media, we arrange retreading plant tours – they come away believers.”

Brodsky’s retreading advocacy extends beyond the United States. Recent RTA signups come from Europe, Asia, Africa and South America. The managing director spent time with members in India earlier this year and in the coming months he will speak at a large trucking industry conference in Columbia, hosted by retreader and tyre supplier AutoMundial – a company that, incidentally, will soon celebrate its 100th anniversary – and he will also speak at a conference set up by Chilean retreading association Asociación De Renovadores Y Recauchadores De Neumáticos De Chile, an organisation that drew upon Brodsky’s advice during its set-up two years ago. He will also most likely return as a speaker to Recaufair in Brazil next year.

Planning for the future

With membership now above the 300 mark, there is plenty for the Retread Tire Association to do. And Harvey Brodsky says that while he has no plans to retire right now, he wants to assure the association’s future. For this reason, he intends to introduce fresh blood into the RTA’s management. “I hope we’ll be here for a long time to come, even after I’m gone,” he shares. “I love what I do but I’m in my 70s now and I am grooming a potential replacement. I can’t name any names at the moment but I have been talking to someone who was formerly in charge of the wheel department at a major trucking company with 80,000 wheels on the ground. If he proves to be the right person he will be my understudy.

“It is at any rate high time for an extra person on board,” Harvey Brodsky adds. “Our work is increasing and we want the association to continue growing. We’re going to be around for a long time to come.”

Why no winter tyres