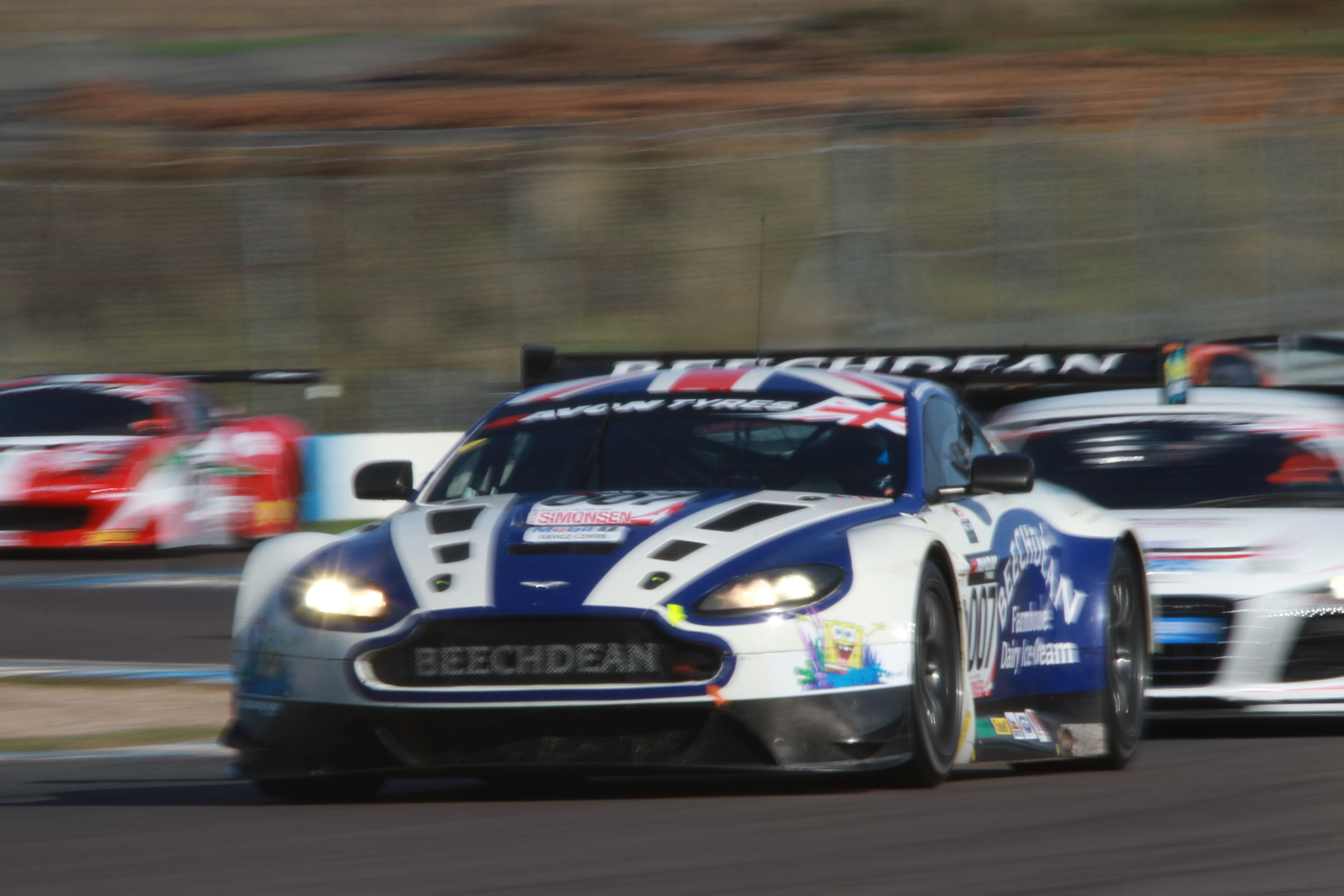 Cooper’s Avon brand celebrated 30 years of motorsport by adding a number of new championships to its portfolio, including the Time Attack Series, to which Avon became an official tyre supplier at the start of the year and the F1 Era Superbike Championship – a new series for 2013. Meanwhile, Cooper Tires became a principal partner to the burgeoning FIA European Rallycross Championship and sponsor to rising star Timmy Hansen in his maiden season. Both brands were once again the title sponsors of the Avon Tyres British GT Championship and the Cooper Tires British Formula 3 Series. Paul Coates, general manager Avon Tyres Motorsport, said “Supplying tyres to an array of vehicles, we’ve seen some nail-bitingly close races and some real stand-out performances, which have combined to produce a truly special year of motorsport in 2013.”

In the Avon Tyres British GT Championship the title battles in both the GT3 and GT4 classes provided much excitement, with the former going down to the wire at the Donington Park season finale. Ultimately it was Andrew Howard alone who took the GT3 drivers’ honours thanks in part to his Beechdean Aston Martin Racing team-mate, Johnny Adam. Adam incurred a penalty earlier in the season, ruling him out of contention for the title, but on his final stint of 2013 Adam crossed the line in fourth to hand Howard the GT3 crown by just 1.5 points from eventual race-winners, Matt Bell and Mark Patterson, who recorded their first victory of the 2013 season in the United Autosport Audi R8 LMS Ultra. The GT4 class was similarly close and despite Declan Jones taking victory in the final event, third on the road and second in the points at Donington Park was enough for Ryan Ratcliffe and Rick Parfitt Junior to secure the title in their Optimum Motorsport Ginetta G50 machinery. Avon is also sole supplier to the Italian and Swedish national GT championships and will be supplying the Gulf 12 Hours race at Yas Marina in December.

In the European Rallycross arena Cooper further strengthened its commitment, launching an all-new wet-weather tyre. The firm once again celebrated championship victory with Timur Timerzyanov, while Cooper-supported Timmy Hansen enjoyed a successful maiden year in the sport, finishing third overall, in a close-fought title battle. Additionally, Cooper-branded rallycross tyres have been supplied to the Global Rallycross Championship in the USA, as well as the four X-Games events in Brazil, Spain, Germany and the USA.

Avon’s sponsorship of the new-for-2013 Formula 1 Era Superbike Championship, using the manufacturer’s highly-regarded 3D Ultra Xtreme tyres, features classic superbikes from the 1980s and 1990s. Ultimately won by Stephen McKeown, the championship marked the first time a major motorcycle series, using road-legal tyres, that has been won on Avon tyres since the 1990s. Avon also began an exclusive three-year deal to Lotus’ championships across the UK and Europe, including the Lotus Elise Trophy, Lotus Cup Europe and Lotus Cup UK. Thomas Dehaibe secured the Lotus Cup Europe title at the season finale in Zolder, while the Lotus Cup UK and Lotus Elise Trophy spoils are yet to be decided at the time of going to press.

Avon’s status as an official tyre supplier to the Time Attack series involved the supply of both its ZZR road-legal slicks and its full competition slicks. The seven-round championship proved highly competitive across the various classes and as the season reached an exciting climax, it was Avon slick runner, Simon Deaton, who took the Pro 2WD class spoils in his Motor Shop Stop Porsche 911, while the highly acclaimed Avon ZZRs took Neil Holden and his Honda Civic Type R to Club Challenge title glory. Avon’s success continued into the Pro Class, with Gareth Lloyd and Phil Glew finishing second and third respectively on Avon slicks.

Dunlop celebrates 125 years in competitive sport with ‘one of most successful’...