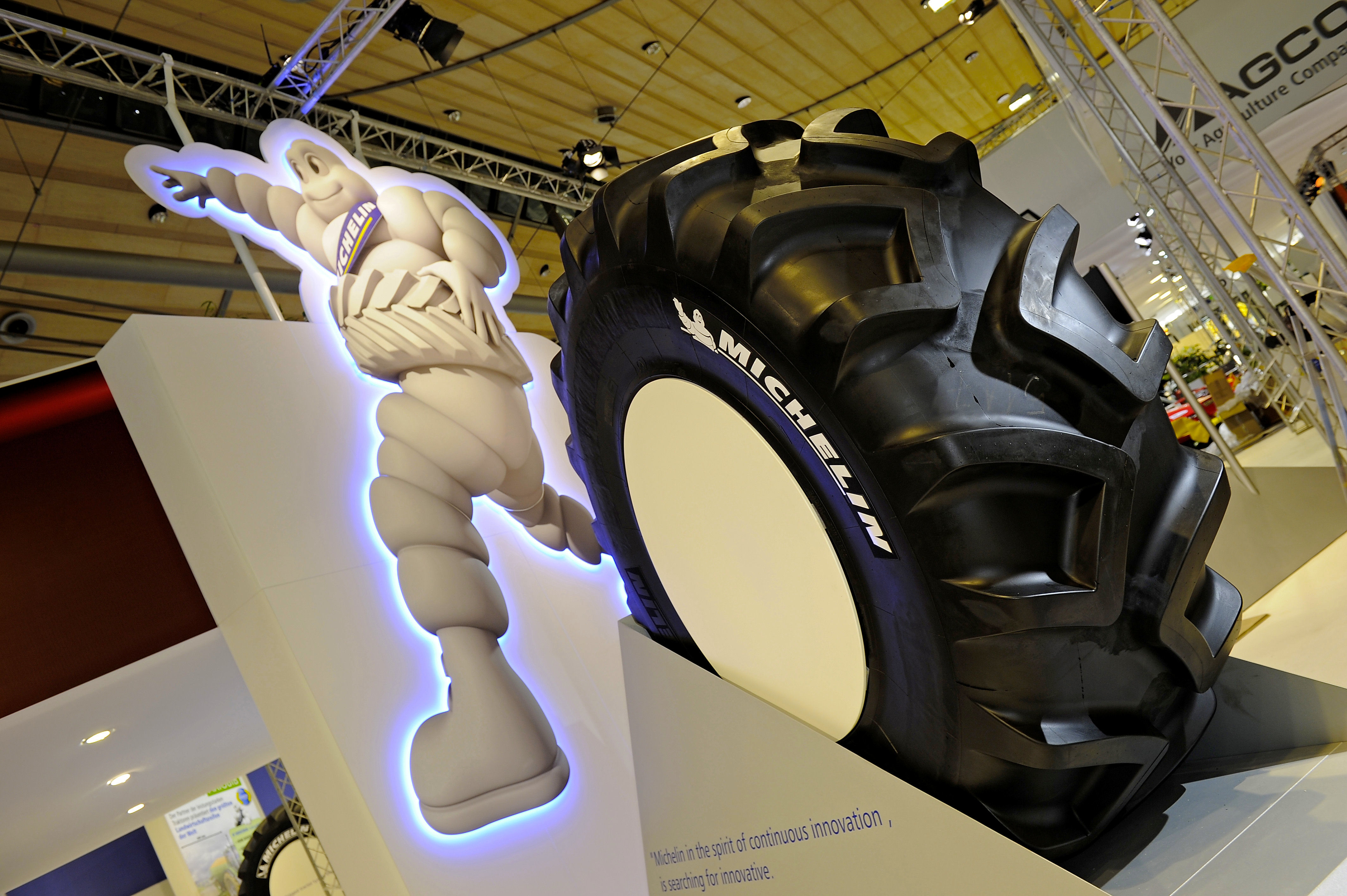 Enjoying its international trade show debut at this week’s Agritechnica is a concept tyre from Michelin. The manufacturer says it has “reinvented” agricultural tyre tread with the design of the new tyre and while the company says “only the future will tell whether or not this concept tyre will one day be brought to market” it says it may be commercially available by 2020.

The tyre was developed by the MichelinTechnologyCenter, a facility staffed by some 6,600 researchers on three continents and backed by an annual budget of €622 million. The centre and its team’s mission is to rethink and design the tyres of the future. The agricultural tyre-testing unit in Clermont-Ferrand, France devotes some 12,000 hours a year to testing agricultural tyres. The behaviour and handling of more than 900 tyres are studied every year through 50 major types of tests. Michelin says developers and testers are committed to exploring all design options, even if its shape is somewhat unconventional.

Traditional agricultural tyre treads are generally comprised of ribs arranged in two V-shaped rows. But Michelin asks – is this traditional shape indispensable? “The shape of the tread is not enough in itself,” opines the tyre maker. “To make a significant difference in the field and meet farmers’ needs, all details must be taken into account – from the rigidity of the tread blocks and the angle at which they grip the soil to the solidity of the bead wires and the quality of the rubber compound. So while all agricultural tyres may resemble each other to a certain degree, they are not alike. And it’s technology that makes the difference.”

With the concept tyre shown at Agritechnica, Michelin says its researchers have pushed back commonly accepted barriers in tread design in order to develop effective solutions that satisfy contradictory demands, such as developing a tyre capable of operating on both hard and damp soil and on sloping land.